Sold Out!
Sold Out!

For only $49, you'll receive two (2) All Access Passes to Downtown After Dark: Halloween in the City (The Year of Five) on Saturday, October 27th from 10pm-2am at five locations in Downtown Tampa! ($98 value)

ENTER IF YOU DARE

It's the biggest one yet featuring - 5 Top DJs, 5 Themed Parties, 5 Downtown Venues all within walking distance from each other for 1 MAJOR EVENT!

Drink specials and costume contests at all five venues!

With your "Golden Ticket", you'll enter a world where the adult beverages are fused with candy at the and Ompa Loompas are your mixologists of some cocktails that just might turn you into a "bad egg"!

Music Genre: Best of the 90s in Pop, RnB and Hiphop

It's a throwback jam to the 90s

Imagine a party that takes you back to era where everything was "Fresh" as Prince, "Spicy' as SaltN'Pepa, and "All That"!

Dancefloor will be bumping as our DJs portrays "DJ Jazzy Jeff" spinning the best of the 90s BOOMBOX style with the best of Pop, RnB and Hophop

The Avenger are out this Halloween holding down the city at Pokeys Bar from all unprecedented threat to Downtown After Dark....so you know their party is going to be fire all night long!

No alternative powers can come in between the fun happening at Pokey featuring the best of latin music from Bachata to Latin Pop!

Shipwrecked on a party island where everyone's forever young! The DJ is Hook, spinning with his one hand... the best of Island Music, AfroBeats, and Reggaeton! The drink stays pouring, the vibes is fun, not everyone's a pirate but there's treasure's in the rum!

Party #5 brings you to the haunted Le Meridien Hotel, where witchcraft has taken over and everyone is under a voodoo spell!

With your DTAD All Access, enjoy an exclusive taste of the signature cocktail - Voodoo After DARK before 11pm then party 1am. The party kicks off here a little early than the others at 9pm

Must contact CL Deals after purchase to receive a code. Must register on event site with promo code before event to redeem.

$98 value. Valid for two (2) All-Access Party Passes to Downtown After Dark at various Downtown Tampa locations on 10/27/2018 from 10 p.m. - 2 a.m. Each deal is good for two all access passes. 21+ only. No refunds on events unless canceled by organizer. Event takes place in 5 locations. Will not be admitted without registering on event site beforehand. No cash back. No cash value. Must print certificate and present with valid at ID at entry. Expires 10/27/2018 after event. Must contact CL Deals after purchase to receive a code to register on event site to redeem. 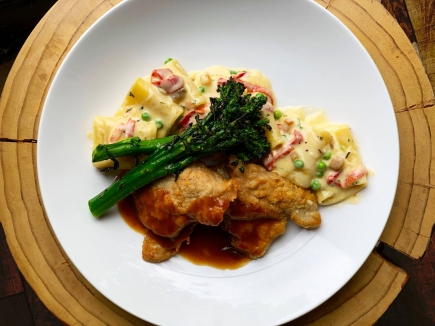